She Left My Brothers for Dead

As Americans, we all rightfully paid tribute this week to the thousands of innocent lives lost on 9/11/01 - a day when our country came under the attack of radical Islamic terrorists. And we honored the brave men and women who as first responders ran into danger – when everyone else was running away.

But I think we as Americans would be remorse if we didn’t also note that this weekend marks another anniversary that quietly slips under the radar – mainly because the current administration, #crookedhillary and the drive by media don’t want you to remember – 9/11/12.

That’s the day that me, my brothers and countless of other Americans were left to die when the U.S. Embassy in Benghazi came under attack.  It’s important that we reflect on the past. Moreover, it is important that we learn from it. We cannot let our nation stand by and disregard the facts any longer.

Here is my tribute to my brothers that paid the ultimate price four years ago this week.

Why were we left to die when there were resources two hours away? How could anyone – let alone the Secretary of State or the  Commander in Chief watch the whole thing burn via a live feed from drones and consulate cameras – and do ABSOLUTELY NOTHING.

Good question. I have pondered that for years now. Millions were spent investigating it. Lies, cover ups, private servers, deleted emails…it’s the heart of so many scandals plaguing Hillary to this day.

Clearly, they quickly realized they were in deep shit.

So rather than leading out and saving Americans that night, they found it more important to begin strategizing how to ‘spin/cover their ass’ regarding the debacle by lying to the families of the fallen and the American public so they could stay in power with a pending election just 2 months away.

Thus the ‘video’ story. All the while Hillary emailed her daughter and foreign leaders admitting it was “an Al-Qaeda terrorist like group,” not a video/protest that caused the attack on the consulate.

Let’s be clear here, that is not what she told the American people. 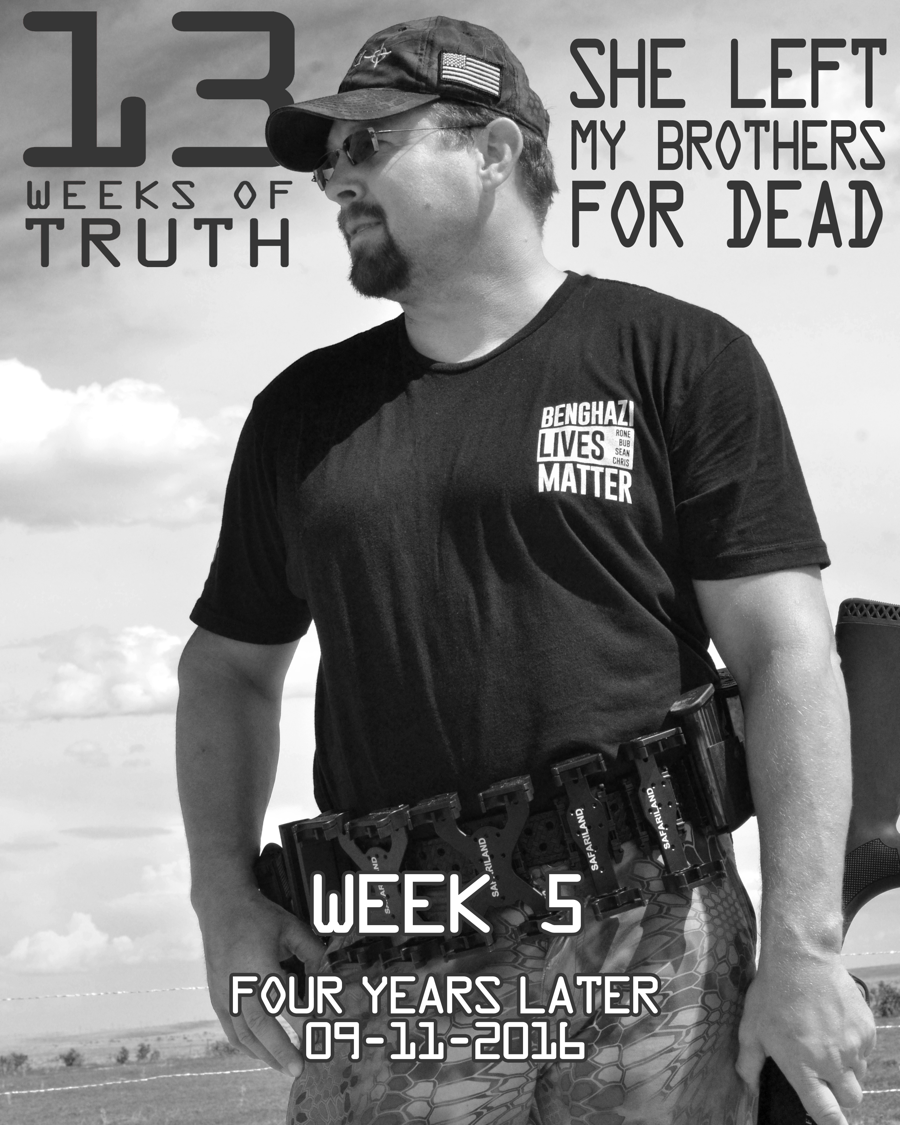 Once all was said and done, after four Americans had lost their lives, including the Ambassador, we were all left to find our own way back home. That’s right. Not only did not one single American planes fly over, provide cover, or help us defend the Annex or Consulate that fateful night, but they didn’t even come rescue us after the mortar dust settled.

Without the Gaddafi loyal Libyans that Hillary worked to oust providing cars and a plane for us, we would never have gotten to safety in Tripoli. We’d all be dead.

We wouldn’t have gotten much needed medical care that saved the lives of at least two other heroes.

But what most people don’t know is that we had to buy our own tickets home. Because of all this mess, we missed the funerals of our fallen brothers.

Hillary left me for dead. I don’t trust her and neither should you. Thank you for keeping this out there. I cannot imagine anyone even thinking about voting for Hillary if they truly know this story. You and your brothers in arms are truly the heroes. God bless you and Tonto for keeping this story in the for front.

Keep speaking the truth. Glad you made the shirt, you know we want it. I just ordered mine. Move forward.

Thank you for everything you did and for telling truth. We our so sorry for what happen and all of you brothers’ your in our my prayers . Please let us know if there is anything we can do for you. pam