The Black Hole of #CrookedHillary

Do you feel like the rabbit in Alice in Wonderland this election cycle, endlessly falling down the black hole that is #crookedhillary? Don’t reach for Suri -  instead remember this when you find yourself lost in her web of deceit...all roads lead to Benghazi.

As the election nears, you, me and the rest of the “Deplorables” have been made to feel like the Boy Who Cried Wolf - Except, in this case, the wolf has been in the woods the entire time. Clinton News Network and the rest of the loosely termed  “media” have masterfully kept her hidden.

One might debate the political correctness of Trump labeling Hillary ‘Crooked,’ but it is a PROVEN FACT that she lies. So call her whatever makes the feminists sleep better at night, but it is undeniable that the law doesn’t apply to her. We all know were she a red state public servant, Military Service Member, or average American, she would be considered a felon at this point. See also Gen. Petraeus, Scooter Libby, hell even this guy... 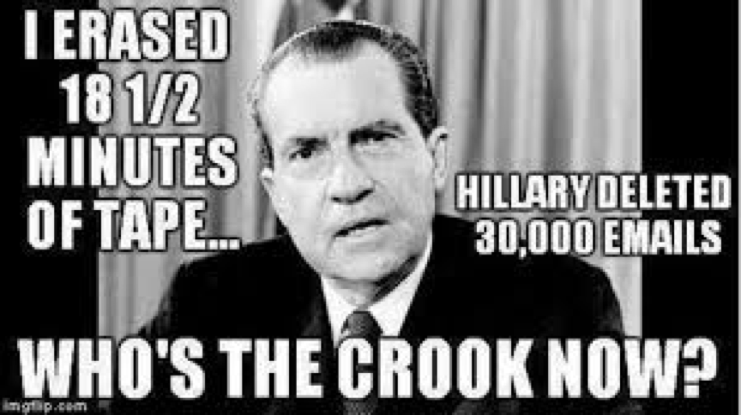 Rest assured, if you or I shared classified information over a private email server, and subsequently destroyed the evidence, we would be in a jailhouse jumpsuit faster than you can ask, “what difference does it make!?”

But no, not Hillary. The law simply doesn’t apply to her. Just ask James Comey. The Head Director of the FBI clearly showed last week that he is in the pocket of her pantsuit when he said there is no basis for prosecuting #CrookedHillary.

Her grip on Attorney General Loretta Lynch, the most powerful lawyer in the United States, is obviously just as strong after Lynch announced she would pass the buck to the FBI in the few days following her “coincidental” meeting with Bill Clinton between planes on a tarmac.
It even seems like #CrookedHillary is puppeteering the entire Department of Justice since, after all, her top advisor Cheryl Mills was the 5th person granted immunity from the investigation into Clinton’s private email server. 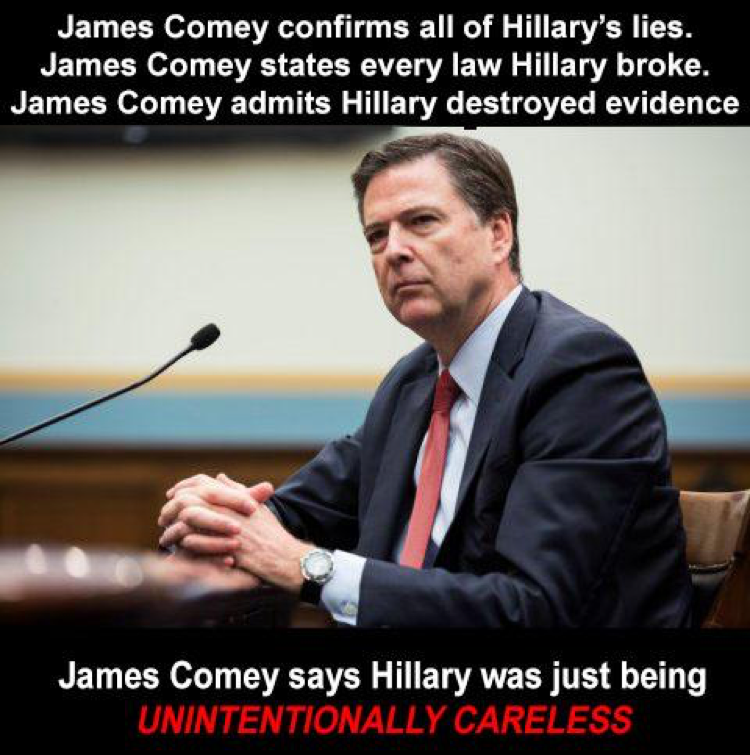 Cheryl Mills wouldn’t give over her laptop over for examination unless this immunity deal was settled. Now anything they find regarding Hillary’s corruption within the State Department will not be considered as evidence. Am I the only one that see’s that Secretary Clinton, her staff, and this entire administration is filled to the brim with dishonesty, fraud, and misconduct?? 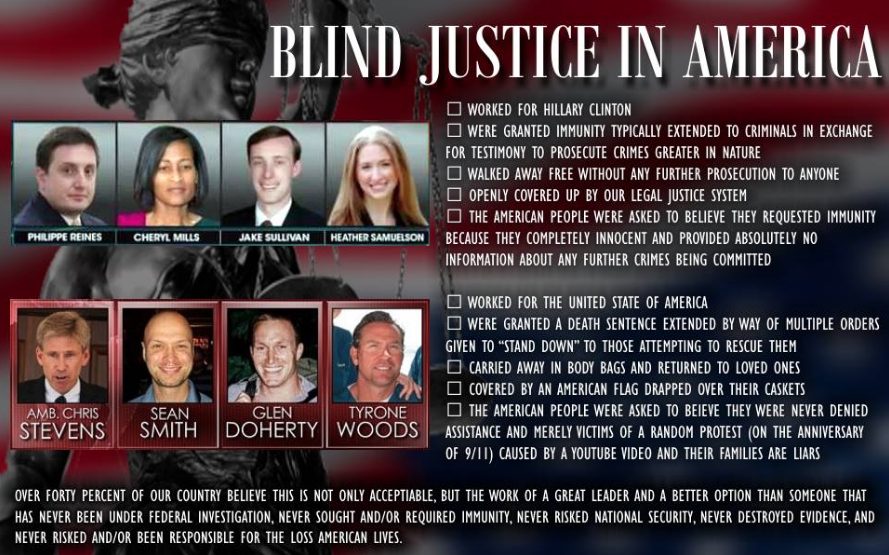 After everything Hillary has done, after all of the false statements she has made, after all the lives she has ended, after all the corruption, pay-to-play benefits, and scandal after scandal, how is this woman sitting on 50% of the vote?

Hillary created a private email server outside of the State Department knowing damn well her job required the handling of classified information. And people, if you are stupid enough to believe she didn’t know any better than at least admit that also disqualifies her. As SOS, former First Lady and Senator of New York - she had extensive training and knowledge about classified documents. So please at least admit she’s incompetent if you can’t bring yourself to say it’s actually criminal.

The truth is with each of these emails surfacing, we know exactly why she chose to send and receive them in her secretive, shady, and illegal manner...all roads lead to Benghazi.

At the end of the day, Trey Gowdy said it best when he asked Director Comey this question:

“What would Hillary Clinton have had to do to warrant your recommendation for a prosecution?”