I'm a woman and I proudly voted early for Donald J. Trump.

A 4th generation Texan, mother of 4 (3 of whom are voting in their first Presidential Election) and small business owner - I am so DONE being PC. So here goes.

Co-founder of Rowdy Republicans, I've traveled the country over the last year with a variety of candidates and was so impressed with our great field of Republicans this cycle and the stellar patriotic hard working Americans that supported each of them. Full disclosure, I didn't initially vote for Trump in the primaries. I respected his business acumen and Alpha Male strength from the beginning...but one of the other candidates aligned closer with my principles.

That said, the day that Mr. Trump became our nominee was the day I started drinking the 'Make America Great Again' kool-aid. Not blindly mind you. I've got a degree from a respected University and an even more important degree in life experience as a wife, mother and entrepreneur. I've certainly seen enough to know that Hillary Clinton belongs in jail.

I've worked on multiple campaigns, represented John Tiegen, one of the heroes of Benghazi (PLEASE watch 13 Hours if you haven't seen it yet) and know from personal experience how corrupt DC is. It's true that House of Cards is fairly accurate - I've never had any illusions otherwise. But this year took what I thought was a corruption level strictly reserved for politicians to a whole new understanding.

I guess I was naive enough to still believe that the Justice Department and FBI were not bought and paid for the same way that the politicians were. Boy was I wrong.

This creed is spoken from the heart because it's not just my story - its the story of countless Americans I've hear from and spoken with over the last year on the campaign trail. Hopefully, it's your story too.

My business partner and I felt like one of the best ways to help do our part to create momentum for Trump the last five days of the campaign that is neck and neck in today's polls was to get out a 'Deplorable's Creed.' Something that all of us 'racist,' 'homophobic,' 'Islamophobic,' 'Bible-thumping,' 'gun-loving,' 'military & first responder respecting,' patriotic Americans could relate to and SHARE.

My great hope is that my silly attempt as a nearly 50 year old white female to lay down a spoken word that somehow inspires others to take action in the next five days.

Let's own the label Hillary gave us, turn out the vote like never before and show her who we really are. Together we can finally hold her accountable for her crimes and take this country back. It's truly our last chance. 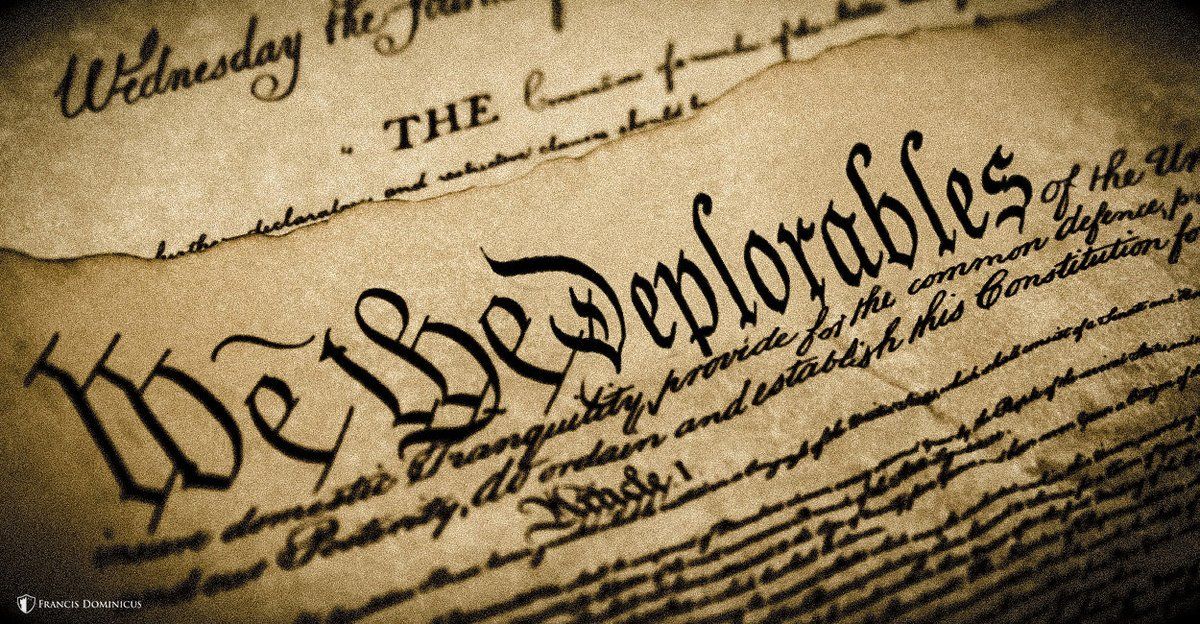 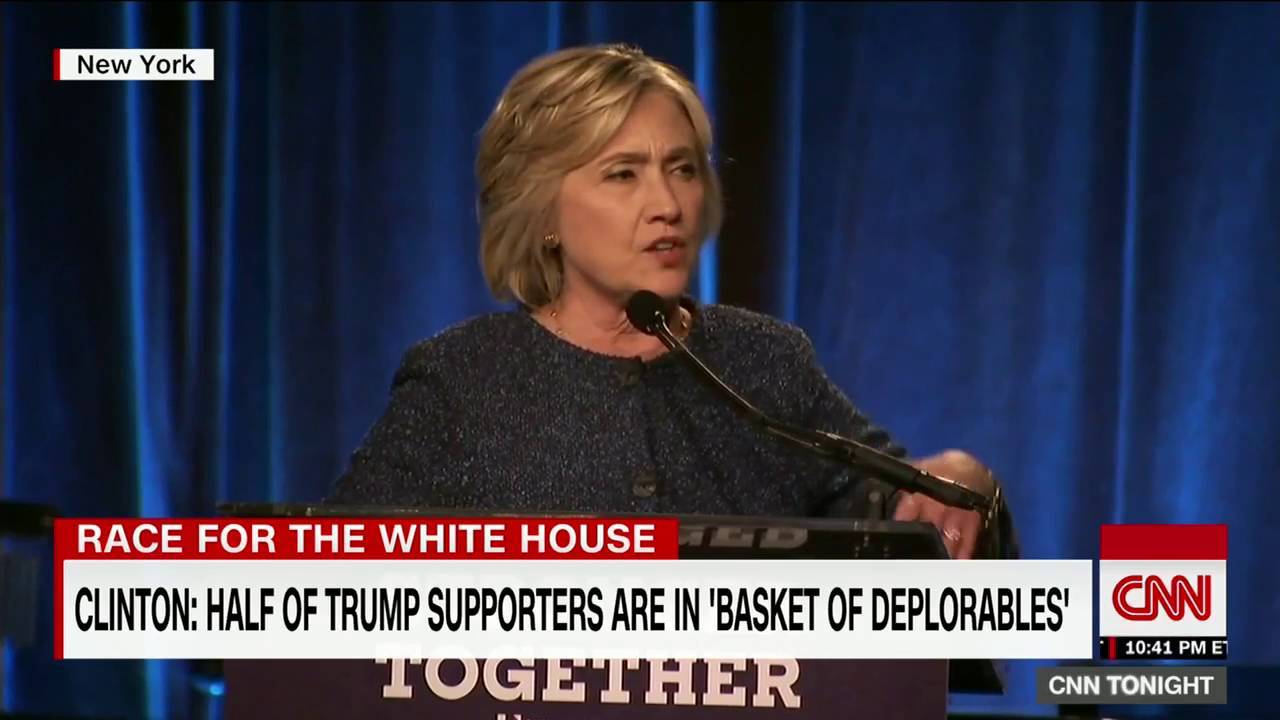 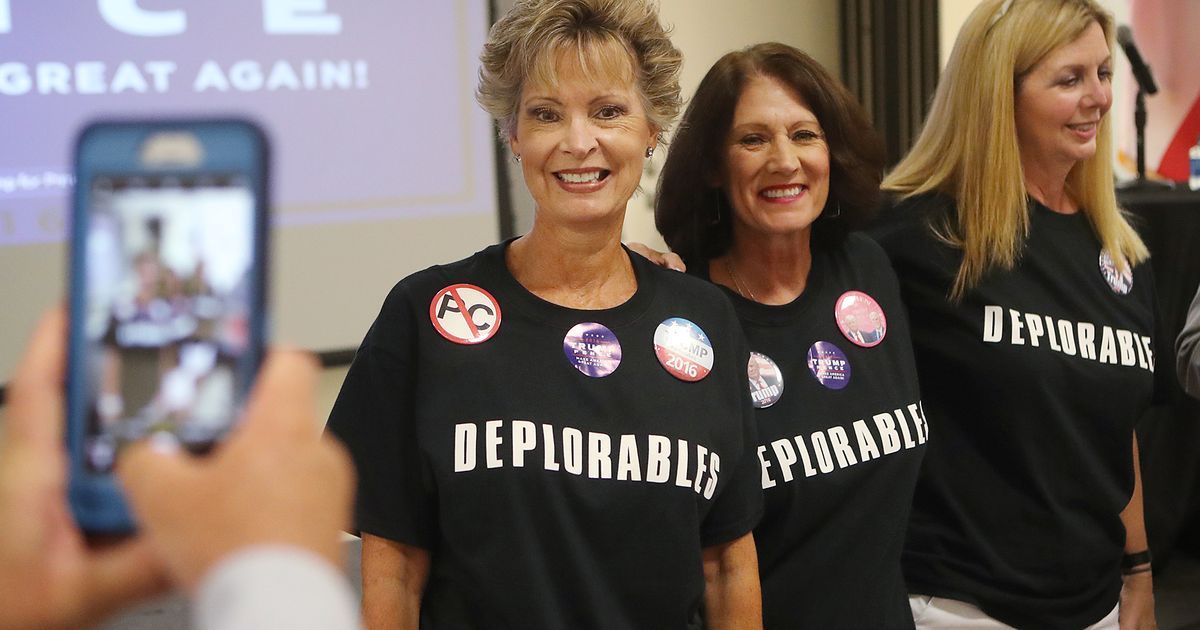 Go ahead, call me deplorable.

Call me tea party and sexist, homophobic or crazy,

Call me ignorant or racist, Islamaphobic or dumb.

Call me anything you want.

But I am awake.

The mainstream media doesn’t want me to think, but--

My eyes can still see and I have seen a few things, like--

Officers slaughtered in the streets of Dallas

Six hundred murders in the streets of Chicago

Gives billions to enemies that just want to kill us.

School systems are banning our pledge of allegiance

Our classrooms are shaming children for praying

Star-Spangled Banner is playing and our athletes aren’t standing

and I am deplorable?

I’ve been told I didn’t build my business and--

Our president said that someone else did, but--

Bust my ass to try and earn a living, but--

Hillary Clinton, and her political machine, are--

Solely seeking, to Take it from me-

And give it to them.

Big businesses are big and apparently “too big to fail.”

Super PACs and big donors have politicians in their pockets

Elected officials make too much of a profit to even represent us.

Walls are not racist - walls are security

All that I want is for people to come legally

My tax dollars are funding the Syrian refugees flooding

James Comey get cozy with Secretary Clinton, In the--

King size bed he basically built them, and I---

Planned parenthood passed ‘round in a bowl

The pieces of children they sold for a profit

Why are they aborted for personal convenience? Why are--

Why do, illegals burn Old Glory at their feet, while---

loved ones loose lives to give them that right? And---

She turned her back on Benghazi and has

Blood on her hands.

And If you don’t believe me

Just look these things up.

I am a deplorable and I am damn proud to be.

I value honor, courage, and integrity.

And if you disagree you can

I have one King, one Master, and He’s no politician

I worked for the steak that is sitting on my plate.

My fireworks are massive on the Fourth of July

These are the values I live my life by

And I will die for them.

When they throw a punch I may turn the other cheek

But don’t for a second think I am weak.

I am a gun-totin,’ bible thumpin,’ constitution-lovin’ American.